At our February membership meeting last Monday we heard a report from our union colleagues in the Graduate Workers of Columbia (GWC). Thursday, February 25 marks the two year anniversary of their negotiations for a first contract, but Columbia has continued to refuse to make progress on a number of important issues on the table. If the University does not make real progress to reach a fair contract by February 25, GWC plans to intensify the pressure on the university by setting a strike deadline. You can read more details and their demands here.

On February 25, GWC will be holding two rallies calling on Columbia to make more progress, featuring graduate workers talking about the biggest issues in bargaining, as well as allies from other unions at Columbia, other academic worker unions, and local politicians. Attending these events is an important way to show Columbia that Postdocs/ARS strongly support our graduate student worker colleagues!

Attend an in-person, socially-distanced rally at the Low Library steps or click here to watch the Live Stream at Noon, 2/25.

Click here to attend a virtual rally over zoom at 7pm, 2/25.

As always, don’t hesitate to reach out with any questions, suggestions or thoughts. 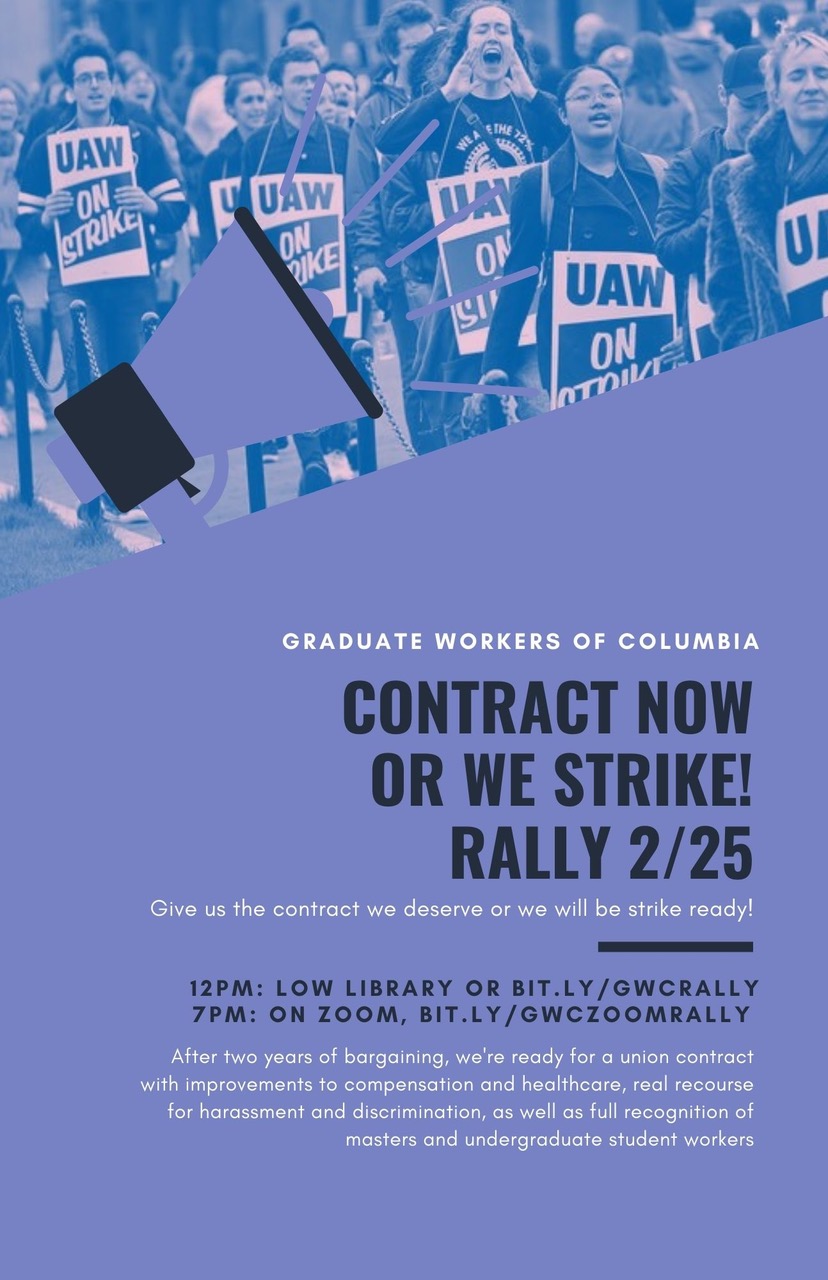